Why travelers must visit Inverness Scotland. Travel with me from Inverness to Loch Ness by bus for the best Inverness has to offer in the form of day trips from Inverness. Inverness Day tours are perfect to see a piece of the Highlands.

Visit Inverness Scotland thanks to tourism attractions, landscapes and things to do in Inverness. The city is the perfect jumping off point to visit Loch Ness Scotland and the haunting Culloden Battlefield.

Enjoy great Inverness attractions and things to do in Inverness Scotland. The weather in Scotland, especially at Inverness can be unpredictable, but a trip to the Highlands isn’t complete without it.

I left Edinburgh by train and travelled to Stonehaven, Scotland. I was on my way to Dunnottar Castle, which is one of the most beautiful castles in Scotland. It lies on a precarious cliff just outside town.

After disembarking the Edinburgh train, I learned the castle was a fair ways outside Stonehaven. The ticket agent at the train station ordered me a taxi cab. The fare surprised me.

Eight pounds to the castle and another eight pounds back to the train station. The castle was only a ten minute taxi drive outside the town.

The driver provided me a tour of the town on the way back. He assured me the detour was only to show off his hometown and that he wouldn’t increase the fare. I was pleased that he kept his word and to learn the village was astoundingly beautiful.

Dunnottar Castle lies on the cliff high above the tumultuous ocean. Before the fortress was destroyed by Jacobite forces, it witnessed such historical juggernauts as William Wallace and an eight month siege from Oliver Cromwell.

In order to visit the castle, travellers descend a long, steep set of stairs and then climb another staircase up to the castle. The beautifully situated main keep lies on the crag.

In the sixteenth century, it must have been easy to defend, but also very simple for others to siege as well. It was hard to climb the stairs to the castle with my backpacks, but it was worth the long haul.

I paid my entrance fee and spent as long as I could at the castle. In fact I peered out of every tower and ascended every winding staircase that I could. My friends, it’s the only way to visit a castle.

Below me, the waves of the North Atlantic crashed majestically into the cliff face.

It would have been a lonely existence for the medieval people who lived in the castle during the winter. Beautiful, yes, but also strikingly sombre.

I would have liked more time to visit, but I had to catch my train to Inverness Scotland.

The same driver got me back to the train station with plenty of time to spare. I enjoyed the opportunity to have some hot soup in a pub with some of the locals. They chastised me over my pronunciation and it was well worth the laughter.

Scottish people are proud, but also very hospitable and friendly. In fact, some of the best parts of travelling come when you spend time with locals, regardless of what country you find yourself visiting.

Enjoy all of my travel photographs from the capital of the Scottish Highlands, Inverness

I soon found myself in Inverness, known as the capital of the Scottish Highlands. The city is sleepy and frankly, most tourists use it as a jumping off point for trips throughout the highlands. 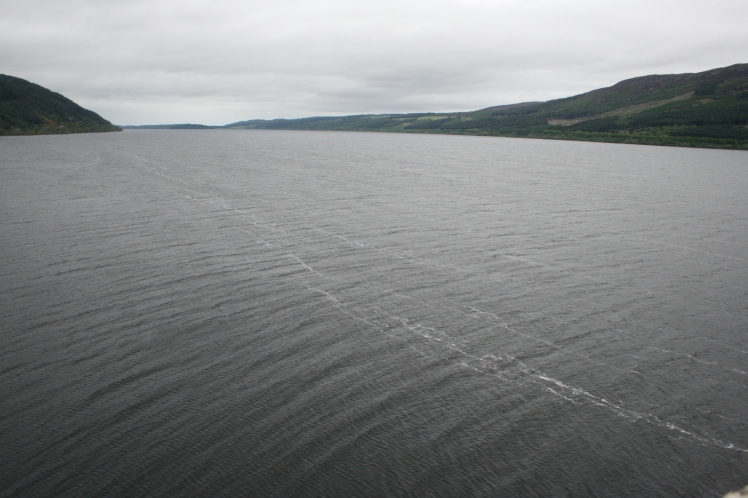 The next day, I tried to go to Culloden Battlefield where Bonnie Prince Charles and his Highland Scottish army were massacred by the English red coats. This is a not to be missed site, but go on the right day.

For example, buses are infrequent or not existent on Sundays and maybe do what I did and book your Loch Ness tour. Jacobite Tours is one of the best companies in Inverness.

Enjoy all of my travel photos from Culloden Battlefield

Our friendly driver came and took us to Loch Ness where we waited at the pier for our boat, known affectionately as the Jacobite Legend. I couldn’t wait to set out, as this was one of my trip highlights.

I loved being on the top deck. Being splashed by the loch’s crisp, frigid water is an experience I’ll never forget. Everyone else looked sullen below deck, almost as if they hated the entire day.

Be like me, not the sad people protected from the rain. It’s a wonderful, freeing experience to be out, wind battered and rain swept. It’s a picture perfect memory of mine from Loch Ness, one I still remember today.

We landed at the ruins of Urquhart Castle on the shores of windy Loch Ness. The castle was destroyed by Jacobite forces in the 18th century. The castle is amazing and the interpretive centre offers a great tour.

Back in Inverness, I had coffee, chatted on the Internet and then walked through the rain. The next day I ate breakfast at a little cafe and then set out for the bus station.

Little did I know, but the bus drivers in Inverness are often notorious for being rude towards tourists. The fellow who operated the bus that dropped visitors off at Culloden lived up to this stereotype.

These bus drivers are probably related to Jutes or Saxons or other medieval people of an unpleasant demeanour. I climbed aboard his bus and fumbled with my wallet, trying to find some change.

For the love of William Wallace, bring exact change for buses throughout Scotland or else you’ll be faced with a steely glare and possibly turfed off the bus in the middle of the highlands.

Yet, this must not stop you from coming this far north into Scotland, as it is beautiful and nasty people are everywhere. Just smile, say you’re not from there, and someone will potentially help you on the bus. 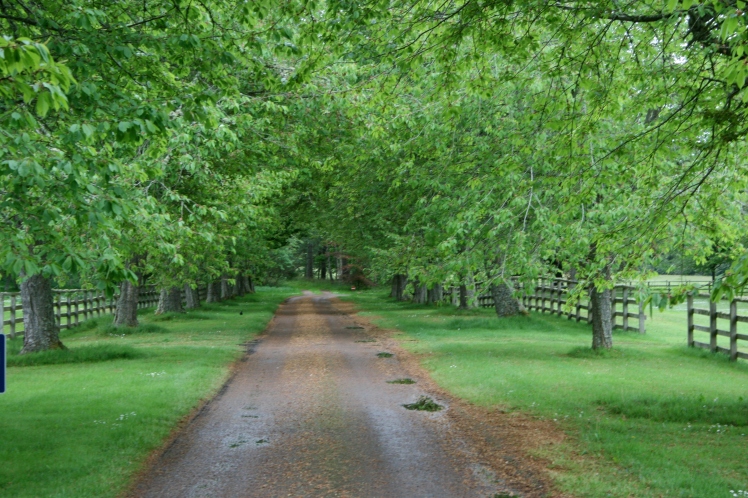 Once at Culloden Battlefield, I enjoyed the interpretive centre and loved being out on the mist soaked moor where the 1746 battle occurred. Make sure you get the audio guides. Without them, it is basically a field.

The cairns are unbelievable and if you’re of Scottish heritage, like myself, it’s pretty special to see the clan names. Even if you’re of a different cultural background, you can still connect with a place like Culloden.

Though the city of Inverness is sleepy, it’s a perfect stopping off ground for visiting the rest of Inverness. Don’t let the bus drivers drag you down. Have exact change and ask about bus passes.