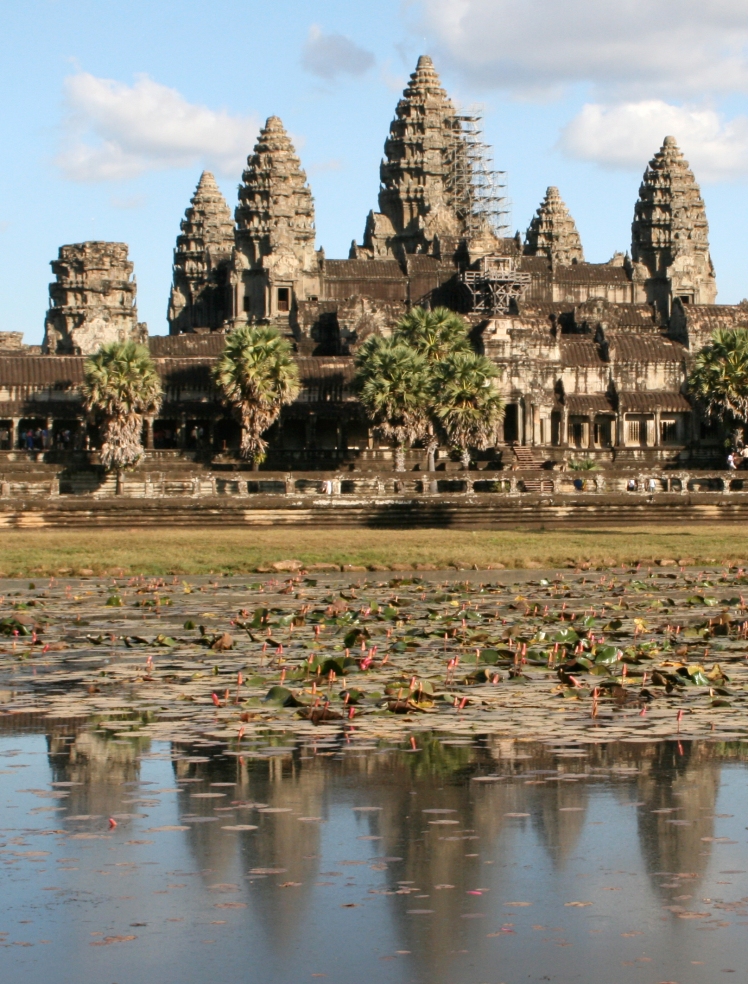 Built in the early 12th century by King Suryavarman, Ankor Wat was not just a state temple, but also the capital of the mighty Khmer empire. In its heyday, over a million people lived in and around the temples. Today, Ankor Wat is the symbol of Cambodia and remains to this day a striking example of ancient architecture and beauty.