Enjoying my final morning in York, I slowly made my way to the train station and caught my connection into London’s King’s Cross Station. Sadly, despite many attempts to ask people where platform 9 and 3/4 existed, nobody could tell me where the fake homage to Harry Potter was.

Seriously, there’s a small corner of the train station where a trolley is disappearing into the wall. Great for one of those goofy tourism photos.

Instead of being helpful, tourism information officers looked at me as if I was an idiot who believed the platform actually existed. From King’s Cross, I stepped into the Tube station and quickly learned that maintenance crews were doing weekend work on the train lines. Sigh.

For someone who had only been on the London Underground once (and didn’t pay attention), I was thrown into one of the first serious “problems” of my trip. As much as I needed to know how to get to my hostel, I was worried I wouldn’t be able to see all London’s attractions. That would quickly fade away as there are other ways to get to the main sights.

After asking an unhelpful Tube guard how I should get to Great Portland Street, the answer was that I was to find a bus that would take me there. Some people are so incredibly helpful.

When looking at my Tube map every which way, I soon realized I could ride a different line to my stop and then have to walk an extra two blocks to YHA Central London youth hostel. On arrival, once again, I was too early for check in and left my bag in a downstairs storage closet along with almost a hundred other bags.

Back at the Tube station, some quick route adjustments had me on my train heading towards Trafalgar Square. Alas, the famous square crowned by the Nelson Column was way to busy for my enjoyment and I snapped what pictures I needed and started walking towards the old district of Westminster where I saw Big Ben and the Houses of Parliament. 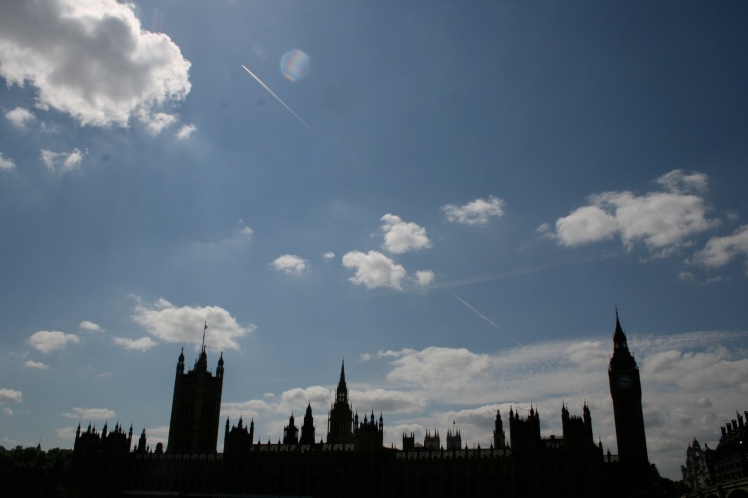 After crossing Westminster Bridge, seeing the London Eye along the way, I was too late to photograph the Houses of Parliament from their more well known side as the light was wrong for the best image. Once again, crossing the bridge, I visited the outside of Westminster Abbey, because the line up was much too crazy for me to even think of getting a good visit before closing.

Today being Saturday, I knew Westminster Abbey would be closed for tourists on Sunday and that I would have to return on Monday. On one of the longest walks of my trip, I walked back through Piccadilly Circus and Leicester Square to my hostel where I called it a night. 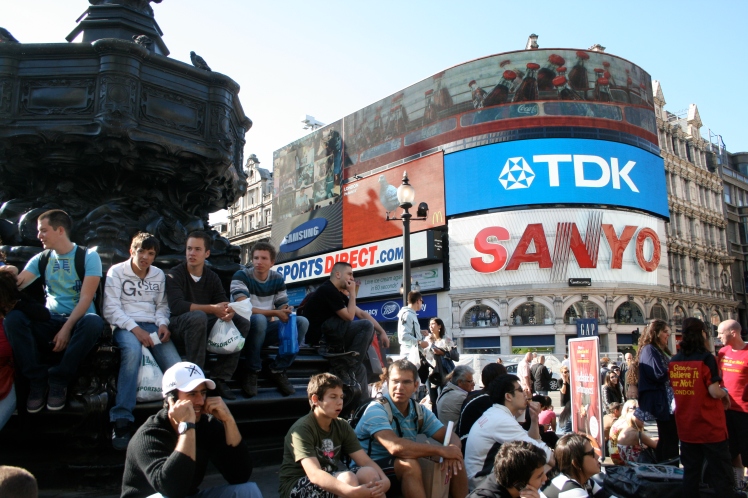 Just after the sun rose the next day, I was ready and waiting at the Tube station for my train that would zip me over to Tower Hill. Though it was only my second day in London, traveling by Underground was already old hat.

While I had seen the Tower of London on a previous trip, I didn’t have the heart to fork over the expensive admission rate and instead, enjoyed walking under Tower Bridge and through the modern docks.

Having seen enough of the much photographed bridge, I took the Underground over to St. Paul’s Cathedral, which is the seat of the Anglican Church. While one of the most beautiful churches I had ever seen, I could not seem to get over the cathedral’s revolving door. 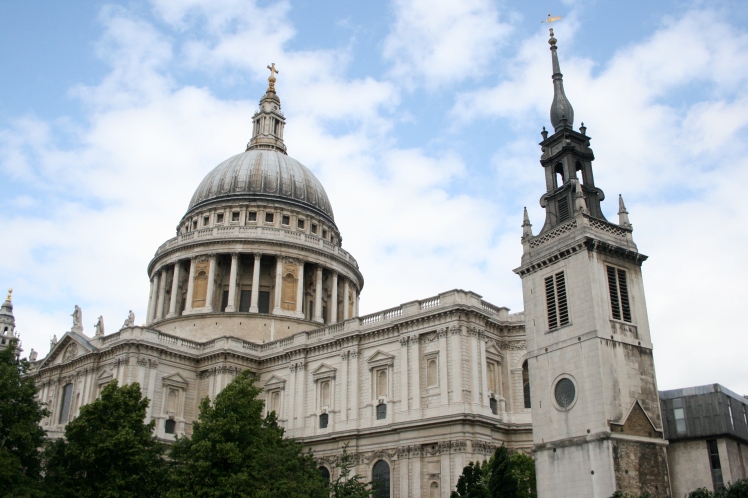 That next day, my new found friend Guillermo, this air head from Texas named Joanne and I hit the Underground to Victoria Station. I waited for an hour at the theatre across the street for tickets to Wicked while Joanne bumbled around trying to get a train ticket.

Note for travelers. If you are interested in getting front row seats to some of the older plays, check with the stand at Leicester Square to see if there is a deal on with the theatres. Wicked, for example, sells its front row seats for 30 pounds to those brave theatre goers who wait in line before the theatre opens.

After securing my ticket and carefully putting it in the most protected spot in my wallet, Joanne and Guillermo to Buckingham Palace. In a strange turn of events, Joanne said she was not impressed with the palace from what she saw.

I quickly pointed out to her that she was looking at the back entrance for maintenance crews; all she could say to this was “Oh, yeah I knew that.” Face palm indeed.

Once again, the line at Westminster Abbey was much too unwieldily for any enjoyment, so we traveled to St. Paul’s Cathedral once again so I could climb to the top. I quickly learned that you can get the same view from the top of St. Paul’s Cathedral than you can at the highest point on the London Eye.

Joanne took a picture of the cathedral and couldn’t be bothered even to stand close to the magnificent building designed by Sir Christopher Wren. Knowing that I couldn’t let a lame wad ruin one of the last days of my trip, I paid entrance and hauled myself up all 352 stairs to the very top of the cathedral.While the view was incredible, the wind was nerve wracking.

If my day was spent hanging out with Guillermo, who was actually quite a nice guy, I would have had a great time. Alas, Joanne’s ho-hum attitude and boredom got me down and at the British Museum, we quickly parted ways.

I enjoyed spending hours at the British Museum reading much of the history and seeing as many different exhibits as I could. For those looking for a fantastic trip through the ages, start with the Egyptian exhibits, followed the the Assyrian, Greek, Roman, Celtic and Viking exhibits.

As I had given an entire day for the British Museum, I left its wonders behind at closing time and had a quick bite to eat before taking in Wicked, which would be one of the most incredible shows I had ever seen. The next day, I am taking a train to Oxford.

Bath Spa, England – – – Photos, Stories and Traveling with Krushworth episode
Unravel the mysteries of Stonehenge; wonder at the beauty of majestic Bath Spa

Chepstow, South Wales – – – Photos, Stories and Traveling with Krushworth episode
Guard the secrets of Chepstow Castle; wonder at the majesty of Tintern Abbey

York, England – – – Photos, Stories and Traveling with Krushworth episode
Travel through history to Roman, Viking York; gaze up at the majestic York Minster

4 thoughts on “Mind the gap on the London Underground; take in the must see attractions of the nation’s capital”